Great children’s books stick with you for a lifetime. I remember the very hungry caterpillar munching away like it was yesterday. I can even recall the nook in my bedroom where I cheered for the velveteen rabbit in his desire to become real.

Undoubtedly, the key to these stories’ success lies in their inimitable characters. To be truly memorable, a children’s book author needs to know their characters inside and out. That’s where this post comes in: keep these five character creation tips in mind, and you’ll be on your way to creating indelible characters for kids in no time.

1. Don’t Speak Down to Your Audience

Your character’s age and where they were born is an essential part of your character. After all, if your character was born in France during the Renaissance, their outlook and daily activities will certainly differ from a modern-day child in America.

One of the most useful character creation tips I can think of is to keep the age of your target audience in mind. Would a four year old be able to relate to what a twelve-year-old character is doing? Most likely not. In a similar vein, make sure that you don’t speak down to your young audience. Try not to make your protagonist overly childish (or, on the other end of the spectrum, too adult) for their age. To that end, you’ll want to make sure your characters are doing activities that are appropriate for their age. A first-grader won’t have a ton of homework, but they will be going through the routines of a typical school day.

If you’re getting writer’s block, try looking at a picture of yourself when you were a child to bring back memories of that time! You can also interview your own children, nieces, or nephews to piece together what their lives are like during that particular age.

Similar to adult fiction, children’s characters should be unique and dynamic. The best way to go about this is to cultivate their personality. What are their hobbies? Which is their biggest strength or fear? What is one object they would rescue from a burning home? Are there things that bore them or makes them angry? What kind of metaphors would you use to describe them? The more specific you are with what makes your character tick, the more dynamic your character will be. (Pro-tip: a character profile will be useful here.)

On that note, children are also just as defined by goals as adults! This is one of the best ways to make sure you are creating a dynamic children’s character. The goals don’t have to be catastrophic to be stimulating, like climbing a mountain or saving the world—they can be as pedestrian as wanting to eat breakfast.

As a helpful nudge, think about the personal goals of some familiar memorable children’s characters: Winnie the Pooh is motivated by honey, while Curious George wants to explore. It’s important for readers to understand your character’s motivations so that they don’t fall flat on the page.

If you have more than one character in your story (which, let’s be honest, is highly likely), it’s important to have a clear idea of the relationships between them before you start to write.

Let’s take, for instance, family members, teachers, and neighbors—common characters that may enter intermittently in scenes. How does your main character feel about them? How do they usually interact? Is there a particular family dynamic you’d like to highlight? The clearer you are about these relationships from the get-go, the easier it will be to jump into your story.

4. Be Careful While Name Generating

There’s a lot in a name, so you’ll want to think carefully while brainstorming. The name Alexander and its origins, for example, are just as epic as his terrible, horrible, no good, very bad day. Winnie the Pooh might not be as iconic if he were Bob the Pooh.

Consider both the sound and the meaning of a name. And while it’s tempting to flex your alliterative muscles, character names may not be the right place to do so. Saccharine naming, like Al the Alligator for example, screams cutesy, undermines the intelligence of your reader, and may make editors look the other way. It’s also an important consideration to not have characters with similar names. Mark and Mack, for example, will probably confuse children listening to books as they are read out loud.

5. Keep Appearances in Mind (even if illustrations are involved)

A character’s appearance is doubly important in the very visual world of children’s books. So what are your characters’ distinguishing features? Do they have a preferred outfit? Do they wear accessories? Envision what your characters look like by drawing them yourself, or placing a picture of a magazine cut out next to your desk. Even if the illustrations end up differing from your original sketch, your writing will be stronger with a concrete character in mind. (Plus, it’ll be helpful when you’re including art notes for a future illustrator.)

While it’s important to visualize your character, you don’t need to tell your readers what they are going to see in a picture book. As children’s book editor and author Brooke Vitale explains, if a character is wearing a green hat, the reader will see it. But if a character is chasing someone with a green hat, tell the reader in the text. That is a visual cue that will allow the reader to follow the action, giving extra information to compliment the illustration.

It might seem like a long slog at first, but if you diligently keep at your character creation, you’ll be rewarded with rich, dynamic, and unique protagonists. The characters you create will find their way into the eyes and ears of inquisitive young thinkers—and if you keep these five character creation tips in mind, you’ll be well on your way to creating ones that readers won’t soon forget.

Desiree Villena is a writer with Reedsy, a marketplace that connects authors and publishers with the world’s best editors, designers, and marketers. She is very passionate about publishing and helping aspiring authors achieve their dreams. In her spare time, Desiree enjoys reading, writing, and plotting her own children’s book. 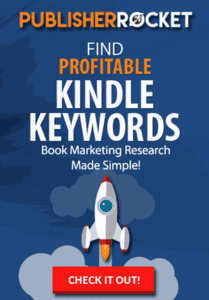 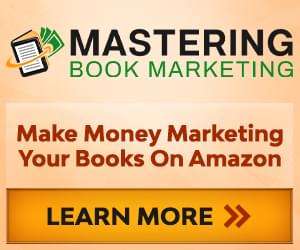