Have you paid attention to characters in children’s books?

Not objectively– where you focus on their physical attributes– background characters that have little meaning. I mean, the main characters. The ones that children focus their interest and time on.

What were the distinct characteristics of these characters? What were their traits, flaws, difficulties to overcome at the end of the story?

Characterization is a difficult task. It requires more than throwing someone into a story. It takes much trial and error to ensure you have an engaging character that completes your story. Like in YA characterization, this is especially true for children’s book characters. 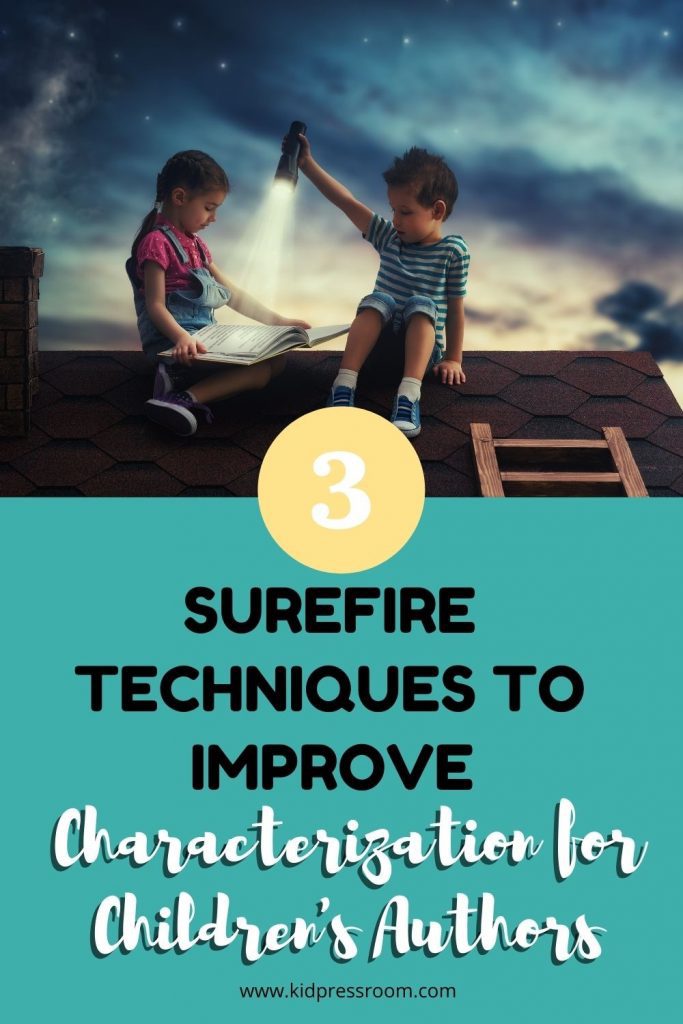 You may also like: How Much Does It Cost to Self-Publish a Children’s Book? Keeping It Real

Characterization Should Be Creative

The most important component of children’s books is creativity. Children have short attention spans. This means the world and story should contain creative elements to interest your target demographic: children.

Some children’s books have poor and uncreative characterization, which makes them suffer greatly. As a result, the world and story overshadow the primary characters children should find interest in.

As an author, you should work with children’s book ideas and concepts known and unknown to you. Though, as a seasoned author, playing with unknown concepts allows for you to expand beyond your writing comforts. Using the same concepts for characterization does not improve your writing or characterization skills. It simply enables remaining in your comfort zone.

This is where creative characterization can come in handy. Ideas such as creating a monster whose destructive tendencies get them in the hot seat, or a young ghost making friends with a human counterpart can make room for plenty of creativity and improve your characterization. Even an aged-down Frankenstein attempting to understand the nature of love can be a great concept for children’s characterization.

It is also the reason relatability should be considered when thinking of the second method to improve characterization for children’s authors.

Relatability Is Important for Characterization

Children, like adults, are interested in stories and characters that they can relate to. Likewise, Children learn lessons when there is something they can connect with. It’s why so many children’s books explicitly have themes and lessons about morals.

Using reliability as a means of improving the characterization of your characters forces you to consider children’s behavior. For example, for talkative and adventurous children, books such as the Judy Moody series come to mind, as Judy is a rambunctious child who dreams of adventures and fantasies.

But overall, for a child, reading about a character that is similar to them allows them to find interest in a story. This results in better engagement and provides for a greater chance for authors to create relatable characters.

And the best way for you to develop relatable characters or describe characters that youngsters can relate is by finding a creative way to characterize them organically– which aligns with the creativity method behind characterization.

Characterization Should Include Children

Children’s books have a distinct target audience. Children benefit from engaging with their peers. This also applies to literature and reading about situations through the eyes of someone their age. Consequently, creating characters that fit this demographic is of utmost importance.

Conclusion on Characterization for Children’s Authors

Characterization is one of the most difficult tasks for you when constructing a story.

Your characters are the most important factor in your story, regardless of its genre. And these methods force you to pay attention to children’s book characters, not just objectively but truly questioning their nuance and depth.