What are Your Favorite Children’s Books Featuring Black Characters?

One of the first ways that a lot of children begin to learn about people and society is through reading. In a previous article, we discussed the need for diversity in children’s literature. If you’re looking to diversify your classroom or home bookcase, or are looking for some examples of great works of literature showcasing Black characters and experiences, we’re here to help!

From picture books to full-fledged novels, here is a selection of some impactful children’s books featuring Black characters as protagonists, each listed for its notability in the world of children’s literature.

You may also like: 8 Fascinating Teen and YA Books Featuring Hispanic/Latinx Characters 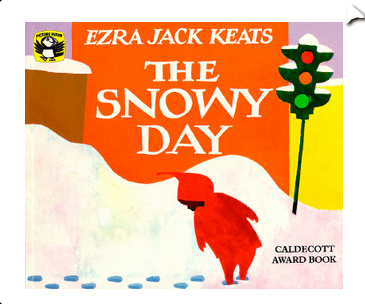 The first children’s book about a Black protagonist to win the Caldecott Medal (1963), The Snowy Day tells the story of a young boy’s first adventure in the snow. Peter, clad in his iconic red snowsuit, gets to experience all the joys that come with snow like sliding down a hill, making a snowman, and even trying to bring a snowball into the house.

Prior to this story, many children’s books depicted Black children in ways that reinforce negative stereotypes. After its release, fan mail from Black educators, activists, and children poured in for Keats, thanking him for his example of a Black character simply enjoying a snow day.

While The Snowy Day is the most well known of Keats’s work, the author continued to use Peter as a character in his picture books that followed. These books remain popular among children today!

Julián is a Mermaid by Jessica Love 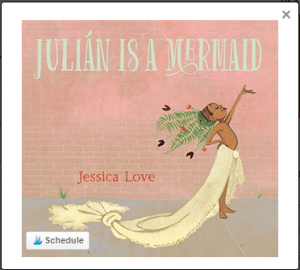 This picture book has made waves the last few years, for very important reasons! Julián is a Mermaid is a story about a Black and Latinx little boy who loves and wants to be a mermaid, without any discussion of gender norms. Julián’s Abuela encourages him to be his boldest and most real self by helping him dress up to go to the Mermaid Parade to be with the other mermaids.

This is one of the few stories that exist about feelings of self-acceptance and celebration that don’t come about because of bullying or intolerance, but rather a Black child just exploring his interests. Julián is a Mermaid radiates joy and love through every page, sentiments perpetuated by the artistic choice of printing the story pages on brown paper.

Julián received a sequel in late 2020: Julián at the Wedding. The sequel continues to explore the important relationship between grandmother and grandson, while introducing a new character that helps Julián express himself. 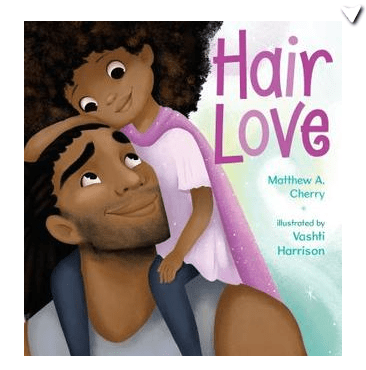 This sweet picture book by animator Matthew Cherry is the companion to an Oscar-winning short film he created under the same title in 2019. Zuri, the main character, wakes up and decides she wants a special hairstyle for the day. With a little help from her dad, Zuri gets to show off her love for her natural hair and sense of self-expression that comes from having a hairstyle that makes you feel good.

Part of what makes Hair Love so endearing and real is the character of Zuri’s father. His dedication to helping with his daughter’s hair, an activity not typically viewed as masculine, is portrayed beautifully through the illustrations and his words of encouragement to Zuri. Hair Love is one of those books that would be perfect for a father and daughter to read together at bedtime, and great for any little girl who might need a little extra help remembering that her hair is beautiful.

The Watsons Go to Birmingham by Christopher Paul Curtis 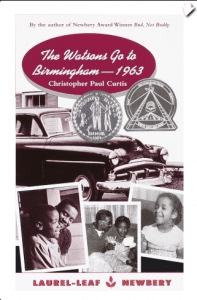 The Watsons Go to Birmingham is a novel that frequently lands among the required reading curriculum of middle schools that has stood the test of time. But, just because it’s required doesn’t mean it’s not a great read.

If you enjoy historical fiction, especially centered around Black history, you’ll like The Watsons. Centered around the 1963 bombing of 16th Street Baptist Church in Birmingham, the novel is at once serious, but maintains humor and themes of familial relationships.

Christopher Paul Curtis earned several major award honors for this novel, and later wrote several other novels about African American children. His titles include Bud, Not Buddy, Elijah of Buxton, and most recently, The Mighty Miss Malone – all books appropriate for the same age range of middle-grade readers.

The Hate U Give by Angie Thomas 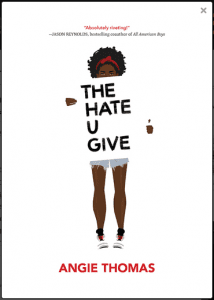 The most mature of the books on this list, The Hate U Give is a young adult novel from 2017. In the story, Starr, the main character, advocates against police brutality and injustice after her best friend, who is also Black, is murdered by police officers.

The Hate U Give is a powerful example of the impact that teenagers can have in driving social movements and pushing for societal change. Starr’s character feels authentic, and the reader can really feel the weight of all her confounding emotions about the world she lives in through her narrative.

In 2018, The Hate U Give was adapted into a movie under the same title. This book remained on the New York Times best-seller list for young adults for more than 80 weeks, and continues to be in the media spotlight as themes prevalent in the novel stay heavy on the minds of Americans.

It is important to remember that this is just a short list of some impactful children’s books featuring Black characters, and there are tons more out there for you to find! Luckily, several of the authors on our list have produced other children’s books, which serves as a great introduction to finding other related authors of Black literature through reviews and publishers.

For more children’s books about Black characters, check out some of these resources!

What are your favorite children’s books featuring Black characters and stories? Leave us a comment below!