Now more than ever is the time to celebrate and recognize Indigenous brilliance. Native Americans have been spreading the word and putting their bodies on the line to bring awareness and a stop to environmental dangers such as Line 3. Line 3 is a tar sands pipeline being built by Enbridge, a Canadian company, on Anishinaabe territory in Minnesota.

If this pipeline is built, it will poison bodies of freshwater, killing animals and cutting down important water resources. The pipeline is unconstitutional as it violates treaty rights. But Enbridge is deploying police forces against Native American water protectors, as the Indigenous protestors have named themselves.

As allies, it is important for us to uplift Indigenous voices, especially during crucial times such as these. While many of us have only recently become aware of Native American issues, we can change that for our children.

By introducing them to books featuring Native Americans (and more importantly, written by Indigenous authors), we are educating our future generations to be more aware of Native Americans and the environment.

We Are Water Protectors by Carole Lindstrom 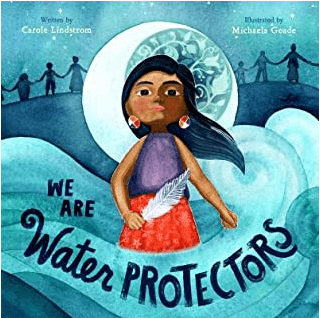 The contents of this story are relevant to contemporary issues. While the story can be connected to the current real-life movement called Stop Line 3, it is also a cry to gather and join people to protect sacred water sources against corruption.

We Are Water Protectors is a lyrical picture book about a girl who stands to protect the Earth’s water source when it is threatened by a black snake. 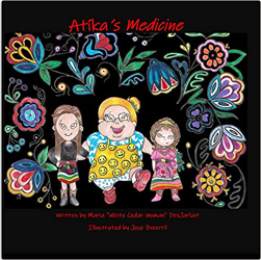 Atíka’s Medicine is a picture book that tells the story of a young girl and her grandmother. Atíka, which means grandma in Arikara, teaches her granddaughter how to deal with the problems she faces at school because she is different.

Atíka is an inspiring character who works hard selling fry bread on the reservation to raise money for her granddaughter’s school clothes and supplies. She teaches her granddaughter to take pride in her family’s heritage because the medicine she uses is from their family’s strength.

You may also like: 5 Impactful Children’s Books Featuring Black Characters 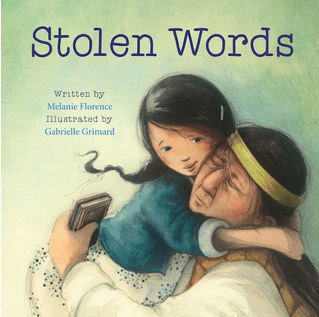 The author Melanie Florence is of Cree heritage. Melanie Florence writes on her website that this book is about the relationship she wishes she had with her grandfather, as she did not grow up in the Cree community. Despite that, this book tells a common story of the lives of Native Americans.

The book is important because it discusses an important reality in Native history. In June 2021, the bodies of more than 200 children were found buried at a residential school in Canada. Stolen Words tells the story of what happened to many of those children. 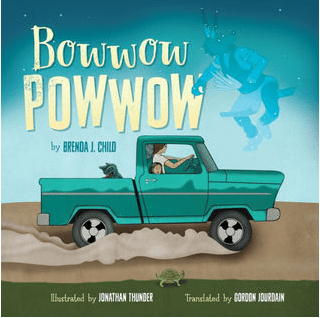 Windy Girl can make a story out of anything. Her uncle tells her traditional stories as they attend a powwow. Thanks to him, Windy Girl learns how to tell the stories herself and creates her own story about the power of the powwow.

Bowwow Powwow‘s author Brenda J. Child is a citizen of the Red Lake band of Chippewa. She was born on the Red Lake Reservation and has served as president of the Native American and Indigenous Studies Association and also served on the board of trustees of the National Museum of the American Indian.

We Are Grateful: Otsaliheliga by Traci Sorell 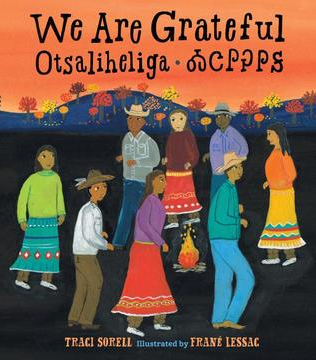 This book has won several awards and looks at modern Native American life through the eyes of a citizen of the Cherokee Nation. We Are Grateful: Otsaliheliga follows the yearly traditions the Cherokee celebrate.

Read of their fall festivities, new year celebrations, and summer ceremonies. “Otsaliheliga” is a Cherokee word that expresses gratitude. 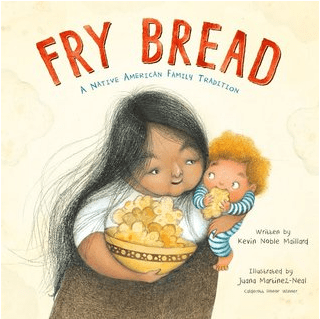 Another award-winning book, Fry Bread: A Native American Family Story is a heartwarming tale of family and food, and it is a perfect read for children. It introduces both modern and traditional Native American ways of celebration. 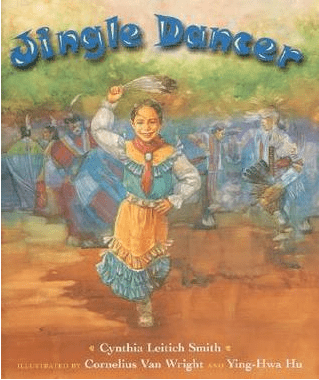 Jingle Dancer is a classic. This story showcases the art of jingle dancing, a Native American art form and tradition. But young Jenna, who wants to perform at her family’s powwow, worries. What if her dress doesn’t jingle?

In this story, we see the importance of family and traditions. With the help of her family and community, Jenna finds her jingle.

The Star People: A Lakota Story by author and illustrator S. D. Nelson 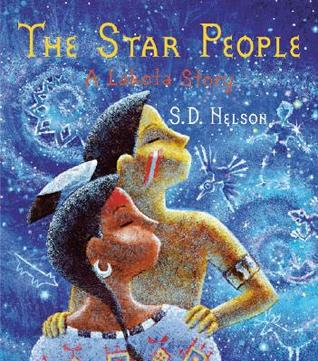 In this story inspired by the Plains Indians, Sister Girl and her brother, Young Wolf, have wandered too far from home. They face many dangerous challenges, as they find themselves further and further from home. Just when they lose hope, the spirit of their grandmother guides them home. She tells the children that they are never alone. The Star People are always with them.

The author is a member of the Standing Rock Sioux tribe and illustrated The Star People: A Lakota Story in the style of traditional Lakota ledger art.

We need diversity in children’s literature to help kids build empathy for other cultures. Knowing how the United States mistreated Native Americans will encourage kids to avoid the mindset and stereotypes that led to this history of extreme discrimination and broken promises.

As allies, it is our job to uplift Indigenous voices and educate ourselves. These children’s books featuring Native American characters are educational and beautiful, perfect for any child. Support the authors and support Native Americans!

What are your favorite children’s books featuring Native American characters? Why do you think it is important for kids to read books about people with different heritages? Share your thoughts in the comments!