But what makes a classic?

Is it the discussion between classes and takes on romance, like in Pride and Prejudice?

Or is it the Christian imagery that teaches children about religion in an unconventional way, like in The Chronicles of Narnia?

After much research on children’s literature, I have learned five elements that contribute to making classic children’s books so timeless. Here are they: 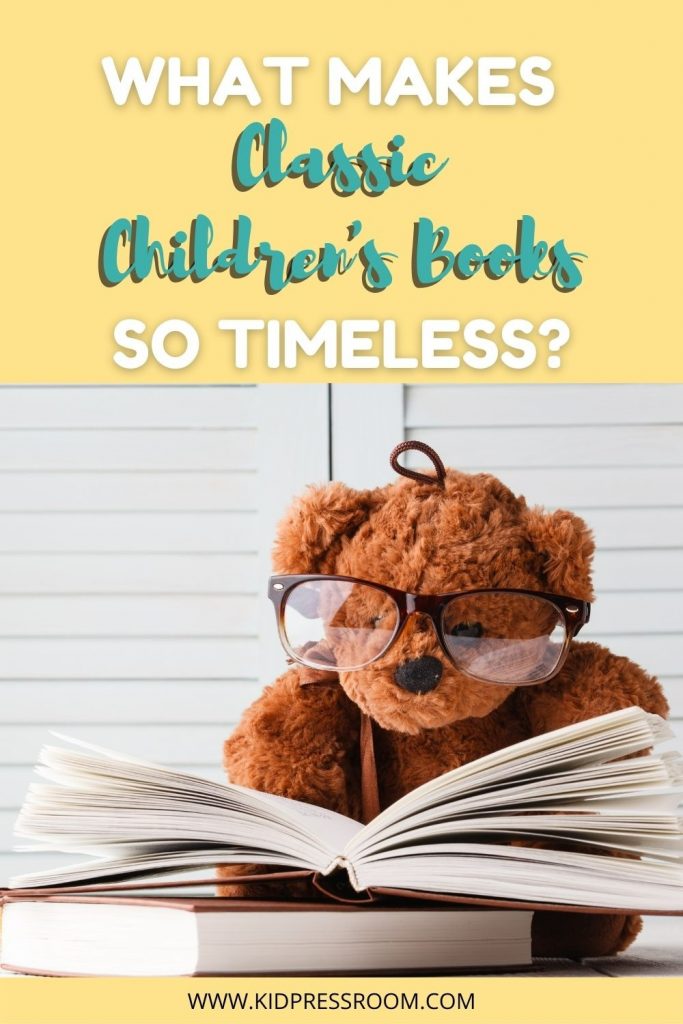 You may also like: Magic and Fantasy: Why Children Are Drawn To Fiction

Characters are what make a story. From morally gray protagonists to iconic antagonists, a good story should contain enticing characters.

This is the same for classic children’s books. Just because a book is garnered towards children does not mean it should have lackluster characterization.

Some memorable characters in classic children’s books include Charles Wallace from A Wrinkle in Time, Charlie from Charlie and the Chocolate Factory, and Alice from Alice’s Adventures in Wonderland.

Charles Wallace is the main protagonist’s five-year-old brother whose primary staple is his intelligence and ability to understand others. His personality and generally high intelligence are what make him such a memorable character.

They Use Unconventional Methods of Entertaining Readers

Children gravitate towards books that use unconventional methods of entertainment.

From Charlie and the Chocolate Factory’s chocolate factory extravaganza to talking animals in Charlotte’s Web, much of children’s books contain mystical happenings to suck the reader in — adding to the timelessness of the stories.

Classic children’s novels need that push for their target demographic to invest and engage with the content. For example, The Chronicles of Narnia’s first novel The Lion, the Witch, and the Wardrobe uses fantasy tropes in a real-world setting to highlight the fantasticism of Narnia and its many mythical creatures.

Lucy’s relationship with Aslan and Edmund’s relationship with the White Queen truly encapsulate the unconventional methods of entertainment present in many classic children’s novels. The book is ripe with talking animals, magic, and the timeless portal that Narnia presents.

Not only do these traits make a timeless novel, but the entertaining plot points and arcs make for robust entertainment, leading to another significant element that makes classic children’s books timeless.

Classic Children’s Books Are Products of Their Time

Many children’s novels have a touch of history in their wake. They are products of their time and include semblances of real-life to display such a fact.

C.S. Lewis published The Lion, the Witch, and the Wardrobe in 1949. However, his story takes place just nine years prior to the real-life publication. In the story, a war is taking place and puts the Pevensie children at a slight disadvantage.

Madeleine L’Engle published A Wrinkle in Time in 1962, where a religious change was taking place, as people studied religion and science. L’Engle even briefly mentions in her novel a handful of philosophers and scientists with famous religious figures.

With these books in mind, classic children’s novels displace real-world elements in times of distress and revolution to depict a story riddled with escapism. Escapism is a primary component of a timeless novel. C.S. Lewis and Madeleine L’Engle both used their difficult time periods as a means of expelling creative expression.

This is what makes a timeless novel, though. Authors use their current climate and completely alter reality to mold a story of progression and lessons learned.

This leads to teaching morals, which is the fourth reason for what makes a classic children’s novel so timeless.

Most, if not all, children’s novels teach morals. Kindness, respect, tolerance. Any kind of moral that children should learn is present one way or another through a novel.

The best way to teach morals is without a child understanding they are learning anything. When a book is entertaining and enticing enough, children can gain an understanding of morals in the blink of an eye.

A timeless novel will ensure that its teaching moments go unnoticed by its target demographic. This is not to say some children do not like learning when things are obvious to them. But, children learn more adequately when their awareness is at an all-time low.

For example, A Wrinkle in Time teaches children the importance of familial love and overcoming evil. The Lion, the Witch, and the Wardrobe teaches the importance of having faith and family, among other things. The lessons are hidden within the story and its enticing elements.

These examples merely scratch the surface of what classic children’s novels can teach children. But these pieces are timeless because they teach morals effortlessly–which leads to a hidden element that makes classic children’s books so timeless.

They Depict Hints of Realism

Realism in a children’s novel is not unheard of. By realism, I mean instances of normalcy and mundane activities. These include slices of life activities, such as a bedtime routine, family dinners, and brief interactions between characters you would see in the real world.

While many classic children’s novels contain some form of fantasy, realism is always present at one point.

In Alice’s Adventures in Wonderland, the story begins with the titular character spending an afternoon by a riverbank with her sister before her descent into Wonderland.

Meg’s brief conversation with her mother and younger brother in A Wrinkle in Time also portrays an instance of realism throughout the book. Although the conversation’s content was inherently advanced in some instances, it was the most mundane portion of the controversial novel.

Realism makes a classic children’s book timeless because mundaneness in a fantasy world is rare. It rides the same wave as taking a break during a long work week, as it is a sought-after notion when things become overwhelming.

Conclusion on What Makes Classic Children’s Books So Timeless

In addition, classic children’s books may be products of their time, but their content is broad and expansive. Multiple generations can enjoy and indulge in these books without a generational gap ruining the experience. Therefore, their stories undoubtedly contain elements that contribute to the title of timeless.

What do you think about classic children’s books? What elements do you find timeless about them? Are any of those elements present in this article?