Growing up without seeing a reflection of yourself in the media can be harmful to the developing mind. From simply wondering, “Why do none of these characters look like me?” to “Why can’t I feel a connection to this story?” the lack of representation can have a negative influence on the reader.

It is important for teens to see characters that they relate to in books and other media. Despite this, many communities are still wrongly represented or underrepresented in the world of teen and young adult literature.

The Hispanic/Latinx community is particularly damaged by the stereotyping and prejudice that surrounds it. An example of negative stereotyping in literature is the ‘Spicy Latina’ trope in which a Latinx woman is shown as being wild or unhinged and usually involves the character needing to ‘be tamed.’

Stories of Hispanic/Latinx people and their lives are important to share with teens, as a way of letting them know they are seen. An accurate representation shows Hispanic/Latinx teens and young adults that their presence in the world has just as much value and importance as other ethnicities.

Teen and young adult books that contain Hispanic/Latinx stories and themes can help teens find an understanding of themselves, without feeling pressured by stereotypes imposed on them from inside and outside the community.

If you are looking to expand your library to include books with Hispanic/Latinx stories, you will find that a good representation of people of color is hard to come by. I

t’s a battle for good representation, but the community currently has more diverse books than ever to discover stories that speak to them.

Here are some fascinating teen and YA books featuring Hispanic/Latinx characters that will make great additions to your library!

You may also like: 5 Impactful Children’s Books Featuring Black Characters 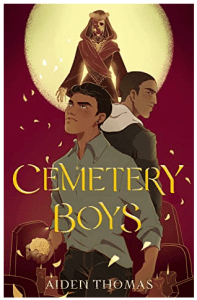 Cemetery Boys is a novel written by Aiden Thomas. It tells the story of Yadriel, who is a sixteen-year-old “trans boy determined to prove his gender to his traditional Latinx family,” no matter the risk (Aiden-Thomas.com). After successfully performing the ritual that unlocks his magical powers as a brujo, a wielder of magic who guides spirits safely into the next life, Yadriel learns of the sudden, unexplainable death of his cousin.

Discovering that his cousin’s spirit is nowhere to be found, our main character becomes determined to find his cousin’s body and release his spirit to the afterlife, in hopes that he can prove to his family that he is a true brujo and a boy. In the process of doing this, Yadriel accidentally summons the spirit of Julian Diaz, a local troublemaker, and ends up falling for him.

Cemetery Boys, according to Aiden Thomas’s home website, spent “4 weeks on the New York Times Best Sellers list, was selected for the 2020 Longlist for the National Book Award for Young People’s Literature, and was nominated for the Goodreads Choice Awards 2020 for the Best Debut Novel and Best Young Adult Fantasy.”

This book is a great story that highlights our main character’s ethnic Cuban/Mexican background and traditional family in a way Hispanic/Latinx readers can relate to, while also being a heartwarming tale about a boy who develops a crush on a cute ghost. 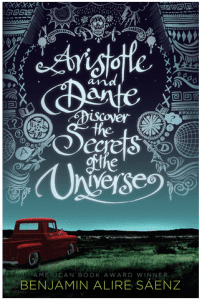 Aristotle and Dante Discover the Secrets of the Universe is a lyrical novel by critically acclaimed author Benjamin Alire Sáenz. This book about friendship and family follows Aristotle, “an angry teen with a brother in prison,” and Dante, “a know-it-all who has an unusual way of looking at the world” (Simon & Schuster).

When first meeting, our two main characters have nothing in common, but as these two loners start spending time together, they discover they share a special friendship: the kind that changes lives and lasts a lifetime. Through this friendship, they learn the most important truths about themselves and the kind of people they want to be.

While the Hispanic/Latinx presence is just a backdrop for this story, its existence brings comfort to Hispanic/Latinx readers who turn to this book to feel valid. This book has a sequel that finishes off the series.

Aristotle and Dante Discover the Secrets of the Universe was a Printz Honor Book, a finalist for the Amelia Elizabeth Walden Award, and a winner of the Stonewall Award, the Pura Belpre Award, and the LAMBDA Literary Award.

Magnus Chase and the Gods of Asgard by Rick Riordan 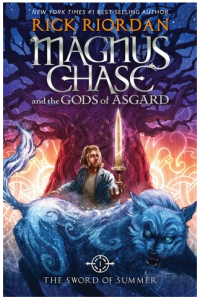 For readers looking for a story of mythology mixed with proper, light-hearted representation, then look no further! Magnus Chase and the Gods of Asgard is a thrilling series set in the same universe as the Percy Jackson series.

After Magnus Chase dies, he is given a second chance at life when he realizes he’s the son of a Norse god. Now Magnus, with the help of his new immortal friends, must travel on a series of quests to prevent Ragnarok—the end of the world.

This is a three-book series that blends different cultures and backgrounds of real life into one exciting universe. While the Hispanic/Latino representation is in the form of a side character named Alex Fierro, this gripping character doesn’t fit into any labels—instead making their own. Alex is introduced in the second book of the series and finishes the series off by becoming our main character’s significant other.

How cool is that! 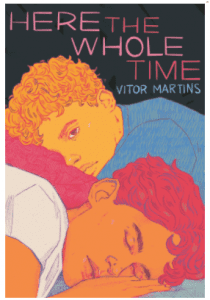 Written by Vitor Martins, Here the Whole Time is a book that follows Felipe, an average fat kid.

Finally, it is spring break, giving Felipe the chance to escape from the cruel treatment of his classmates. But his plans come to a halt when Felipe learns that the neighbor boy (his secret crush) will be spending 15 days with them while his parents are away. Stressing under this new information and his unresolved insecurities, Felipe has to figure out how to survive spring break.

This book was translated from Portuguese to English and it is exciting to see literature that tackles these topics. Fatphobia in the Hispanic/Latinx community continues to be an issue today, so watching the Brazilian main character become comfortable with himself is healing and encouraging.

Here are some more enchanting teen and YA books featuring Hispanic/Latinx characters that should not wait to read.

I Am Not Your Perfect Mexican Daughter by Erika Sánchez

The contemporary YA novel I Am Not Your Perfect Mexican Daughter, written by Erika Sánchez, tells a painful, nostalgic story with a mysterious edge.

Julia struggles to equal Olga’s perfection, until she realizes that even Olga had her secrets.

This story spins a tale that many Hispanic/Latinx teens know through personal experience: the feeling of failing to live up to the expectations of their parents. It fuses hints of mystery with realistic elements such as mental health disorders and is a strong portrayal of immigrant experiences that paints a vivid picture of life in the Mexican community.

They Both Die at the End by Adam Silvera 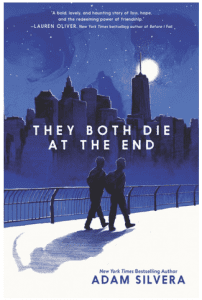 They Both Die at the End is a young adult novel written by Adam Silvera.

This futuristic story focuses on two strangers, both looking for a new friend to spend their End Day with. In this society, Death-Cast, an organization that lets people know they are going to die in the next 24 hours, informs two boys named Mateo and Rufus that it is almost their time. It is up to Mateo and Rufus to decide how to spend their one day left to live.

The Hispanic/Latino representation is in the background of this novel, with our main characters being Puerto Rican and Cuban American, but it is refreshing to see such characters being normalized.

It is a story anyone can benefit from as it challenges the readers to question how people can and should deal with mortality.

The Book of Unknown Americans by Cristina Henríquez 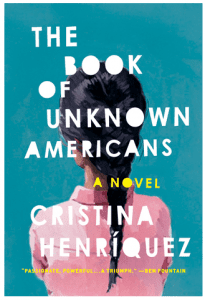 Written by Cristina Henríquez, The Book of Unknown Americans is a novel that is told from multiple first-person points of view.

It is narrated by the main characters: Alma Rivera, a housewife from Mexico in her mid-thirties, and Mayor Toro, a teenage social outcast and first-generation American whose parents were originally from Panama. With her husband struggling to provide for them and her daughter Maribel suffering from a severe head injury, Alma befriends Celia Toro, Mayor’s mother. When Mayor meets Maribel, he is immediately taken with her.

Both families struggle to live as immigrants in America. From language barriers to sexual assault, this book is a saddening tale of the reality of many immigrants living in America. With different viewpoints and stories of diverse backgrounds, The Book of Unknown Americans is more than a coming-of-age story—it’s real life.

Hispanic/Latinx people can relate all too well to these stories, but people outside the community should give this book a read for the opportunity to broaden their mindset and perspective. 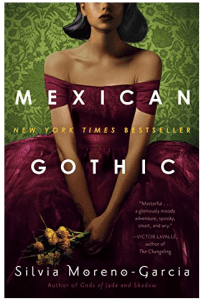 Set in 1950s Mexico, Mexican Gothic follows Noemí, a young woman who is summoned to a small mountain town by her paranoid cousin, who was recently married off to a handsome and mysterious Englishman. Noemí, at first determined to get to the bottom of her cousin’s paranoia, soon finds herself entrapped by the secrets surrounding the strange High Place mansion.

This story is a classic tale of mystery with an interesting setting and a good Hispanic/Latinx main character. It goes the extra mile by incorporating race, colonialism, and eugenics into the horror genre.

Mexican Gothic won the Goodreads Choice Awards for Best Horror 2020 and the Pacific Northwest Booksellers Association Award 2021; it will also be opening doors to Latin American talent when it comes to screens as a Hulu series.

As an extra note, this book may lean more toward adult fiction, but its elements of fantasy, magical realism, and history are well suited to young adults.

Final Thoughts on Teen and YA Books featuring Hispanic/Latinx Characters

Overall, teen and young adult books featuring proper Hispanic/Latinx characters are difficult but not impossible to find. Once you find them, however, they are sure to be treasured by teens, young adults, and families of all backgrounds.

Representation of the Hispanic/Latinx community in literature is essential to the furthering of awareness and acceptance of diverse people and their families. If you are looking to expand your library or your school’s library to include Hispanic/Latinx stories, these eight books are the perfect ones to include!

You can check all these titles and more in the Kidpressroom Bookshop.

What are some of your favorite teen and YA books featuring Hispanic/Latinx characters? Let us know in the comments below.