This month on The Illustrator Corner (TIC), we’d like to introduce author and illustrator Jeff Whitcher!

Jeff began illustrating in 2013 when he needed pictures to accompany the poems in his first book, What if Balloons Didn’t Pop? Jeff couldn’t afford a professional illustrator, so he figured he’d step up his sketches into real illustrations.

According to Jeff, the illustrations from his first book were pretty basic line drawings, but since then he has taken his art much more seriously. He has recently expanded into writing and illustrating picture books.

For Jeff, the best part of illustrating is that he is able to represent his personality, style, and humor in both the story and the artwork. You can find his work on his website What If Balloons.

From Self-Publishing to Traditional Publishing

Although the process was difficult, Jeff believes that there’s always a reward in perseverance. He said that the hardest part was moving from self-publishing to traditional publishing.

“When you pursue traditional publishing,” Jeff says, “there are many people along the way (agents, art consultants, editors) who have a strong opinion, and sometimes their vision isn’t always aligned with yours. This has been a challenge because it’s very easy to feel frustrated and at times it hasn’t been as fun or rewarding as I imagined.”

However, Jeff stays inspired through looking at Popeye cartoons and other artists who present something in a boldly unique and clever way.

When Jeff first starts an illustration, his first sketches are, in his own words,  “extremely crude and sloppy.” He says that he uses these sketches to conceptualize the placement of the characters and how the space is going to be used.

Here is an outline of Jeff’s illustration process in his own words (Thanks, Jeff)!:

Step 1 – [This] is the first draft or just a basic sketch of the idea. 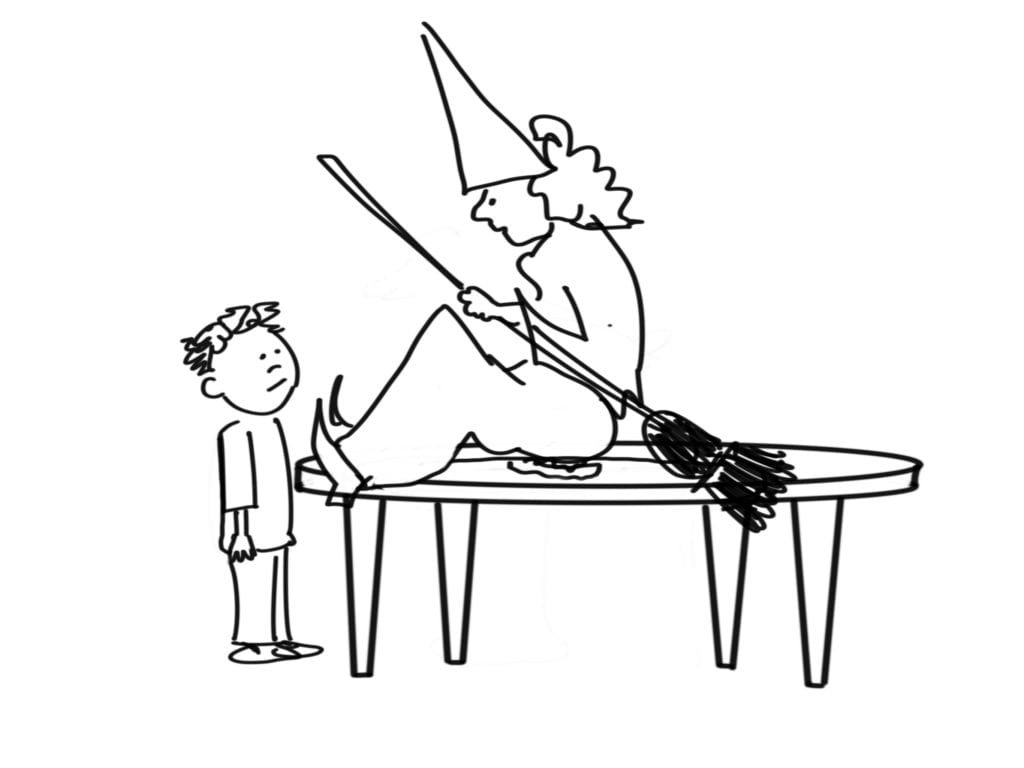 Step 2 – [This] is the second draft, which is about adding some color to flesh out the idea. Then I start tracing over these images until I have a drawing with which I’m satisfied. This is the most painstaking part of the process because you have to edit an illustration much the same as you do the actual text. Sometimes there are inconsistencies or missed elements in a drawing that you have to constantly go back and correct. 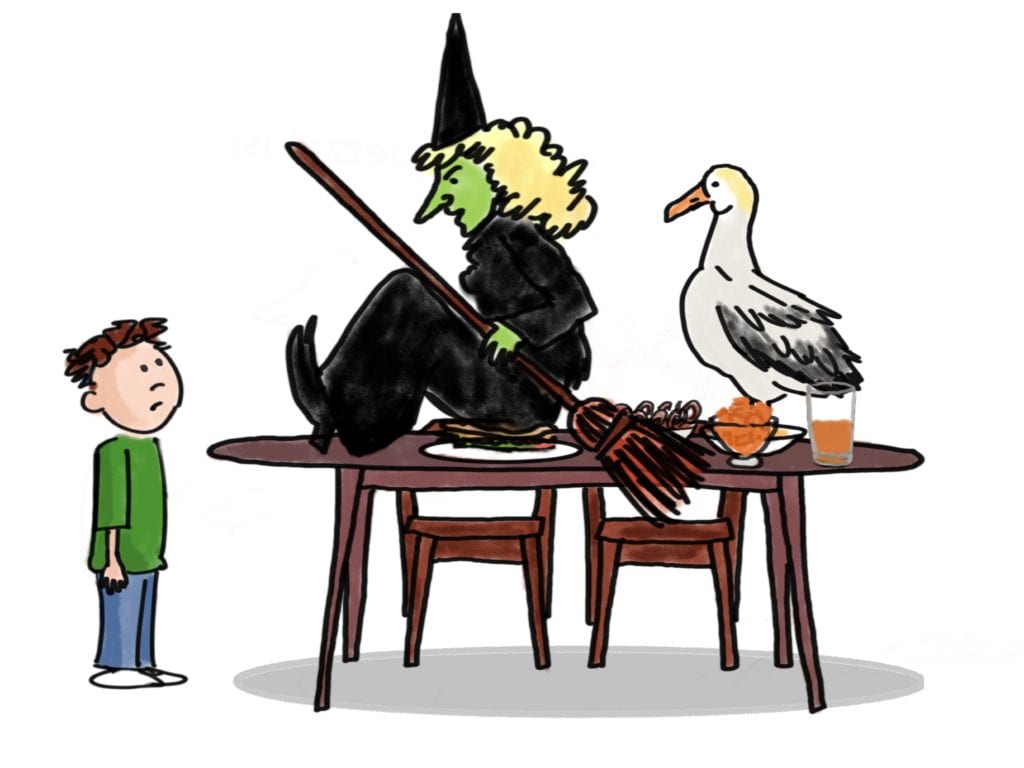 Step 3 – Sometimes can involve a re-conceptualization of the idea and then settling on a finished concept for the drawing. 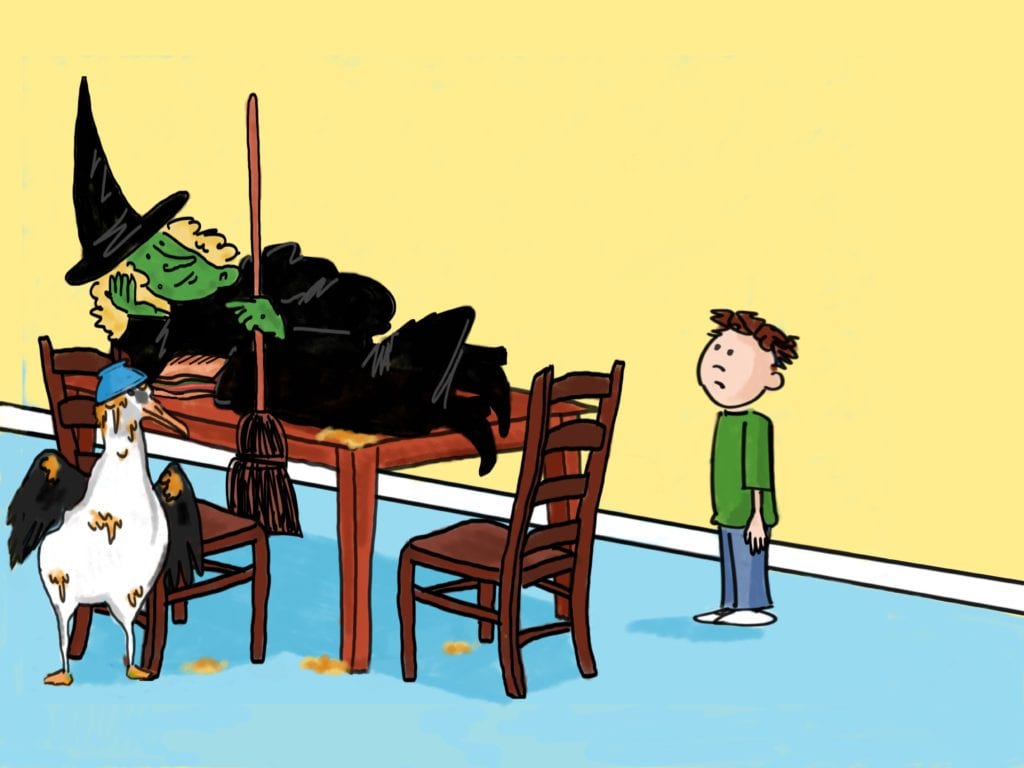 Step 4 – [This] is the final product with a few last minute changes. 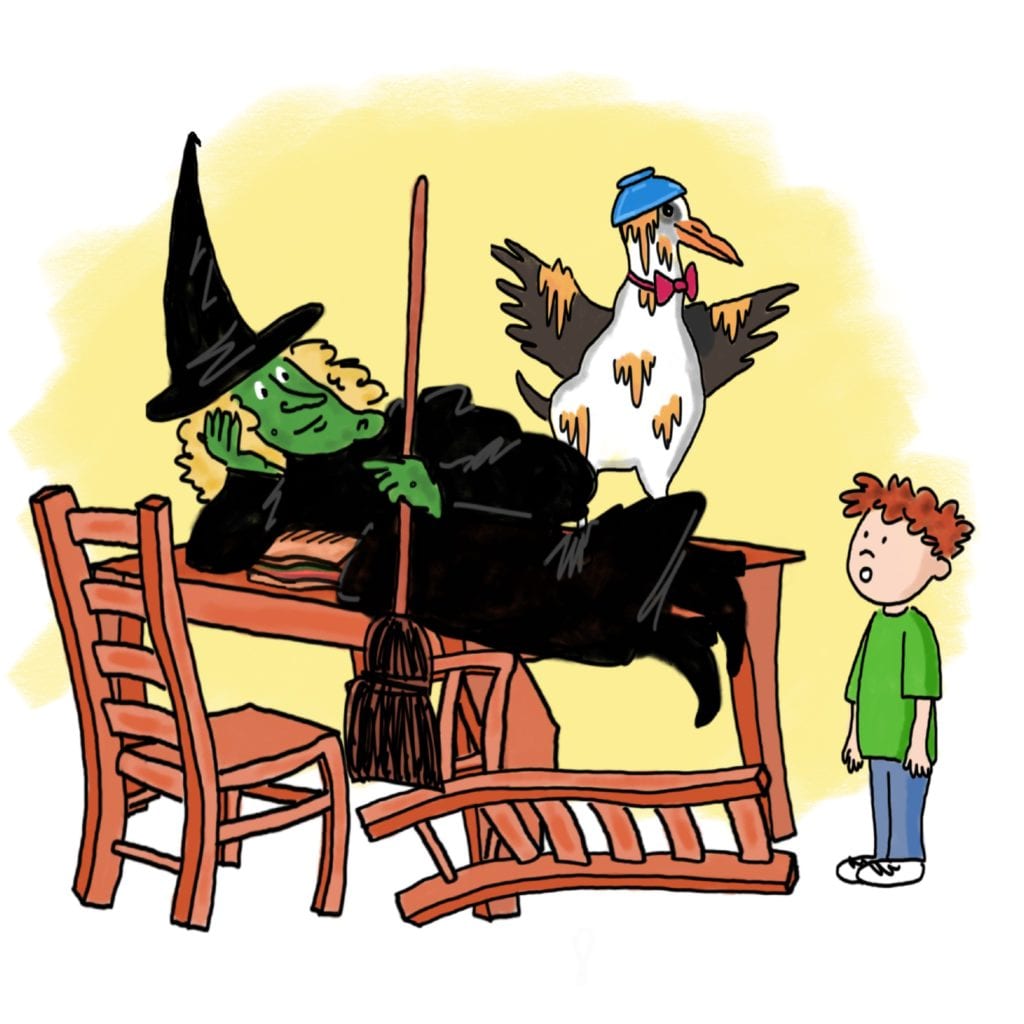 Thanks for checking out this month’s edition of TIC! Excited with Jeff’s illustrations and want to see more? Check out his step-by-step process on our Instagram Stories and Highlights. For more TIC editions, check out our  The Illustrator Corner page.

See you next month!

Kylie loves reading, editing, and writing! Her favorite author is Jane Austen. She just graduated with a Bachelor of Arts in English from Trinity International University this last May. Kylie loves working with kids and dreams to become a children's librarian someday. Reading is one of her favorite things to do, and she loves to share that passion with others!