Why Vampire Books Appeal to Teens and Young Adults

After reading Stephanie Meyer’s Midnight Sun, I was reminded of my obsession with vampire stories when I was a teenager. That was when I began to ponder what made these books so magical to me back then.

Why Do Vampire Books Appeal to Teens and Young Adults?

I consulted a couple of my friends, who also shared a fascination with vampires. After much deliberation, we all came to these conclusions: the forbidden romance, the fantasy aspect, and the teen angst are what made vampire books so appealing to teens and YA.

And here is how it unfolds… 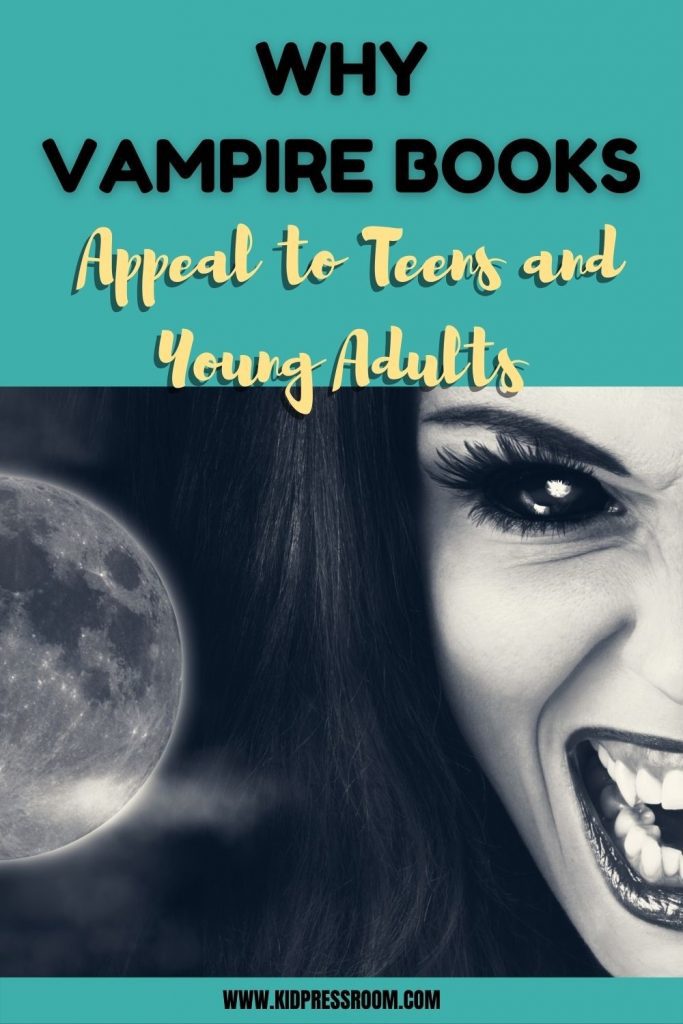 You may also like: Why Coraline Is A Terrifying Children’s Story

The first vampire book I ever read was when I was 11 years old. I had read Twilight and adored the idea of a forbidden romance. (Who doesn’t?) A vampire and a human? How could it get any more forbidden than that?

While many vampire romance books like The Vampire Diaries and The Mortal Instruments focus on the aspect of how dangerous it is for a vampire to fall in love with a human, the Twilight series really explores this concept. For example, in book one, Edward wanted to drink Bella’s blood. But once he finds himself falling in love with her, he wants to protect Bella.

In the second book New Moon, it’s revealed that vampires have a police system of sorts called the Volturi, who work to ensure that vampires do not get exposed to humans.

Since Bella knew that Edward and his adopted family were vampires, she was at risk of revealing their secret. In the fourth book Breaking Dawn, it is revealed that humans and vampires can create potentially dangerous hybrids.

Despite its bad reputation and borderline unhealthy relationships, the fact that the Twilight series dove into why vampire relationships were potentially dangerous is part of the reason why that series appealed to pre-teens and teens like myself.

A second reason why vampire books appeal to teens and YA is the amount of teenage drama and angst that happens in them.

Being a teen is scary. There is no sense of permanence for anything! Everything seems to be changing — bodies, settings, interests, and possibly even friends. The lack of permanence or stability can leave a person feeling stressed out, frustrated, or scared. Many teens and young adults have feelings of loneliness and isolation.

Authors of vampire books often explore these feelings of loneliness. For example, in Millennium Snow by Bisco Hatori, the vampire Toya is lonely and frustrated. Vampires in this story seek human partners to be bonded to for 1000 years to drink their blood. However, Toya does not want to befriend humans since they will eventually die and leave him behind.

While Toya knows that if he bit his potential human partner, they’d live for 1000 years with him, he does not think it’s fair to allow someone to watch all their loved ones grow old and die while they continue living. Therefore, he isolates himself from the world and is very cold towards humans.

Another theme often explored in vampire books is the love triangle. While the love triangle is a popular trope associated with young adult books, it is an essential plot device in vampire novels. It provides a source of conflict for the characters and makes the story even more relatable to teens.

Fictional teenagers typically obsess over their crushes and will do anything if it means they get to date them. When the object of their affection rejects them, they normally focus on someone else. However, this often backfires later when the protagonist’s former crush wants to be with them, creating tension amongst the protagonist, the former crush, and the current one.

One popular vampire book protagonist that is guilty of this trope is Elena from The Vampire Diaries when she has to choose between Damon and Stefan. Other examples include Twilight where Bella has to decide between Edward and Jacob, and The Mortal Instruments where Clary has to pick between Jace and Simon.

Despite all the angst happening in the vampire books, having a character go through the same issues as teenagers allows them to cope with their feelings and makes them realize they aren’t alone.

Fantasy may not be everyone’s genre, but that’s what makes the YA paranormal romance genre thrive. Vampires are mythical creatures that have stories written about them all over the world as monsters that seduce victims to drink their blood.

Instead, the male leads in these stories are often written as the ideal boyfriend– someone that can protect their partner, cheer them up, and make them feel special.

The vampires meet these requirements as the protagonist always seems to find themselves in danger, going through a tough time, and sharing secrets with only a vampire. Not only that, but YA authors also take into consideration how the modern way of drawing a teenager into a relationship is through acts of kindness rather than seduction.

The ideal boyfriend and re-writing centuries of fantasy literature are other reasons why vampires appeal to teens and young adults.

Final Thoughts on Vampire Books Appeal to Teens and YA

While the media may label vampire stories as “trash reads,” they fail to see what makes these types of books adored by teenagers and young adults all over the world. How vampire books appeal to our emotions provides a great distraction from typical teenage stresses.

As a teen, I really enjoyed reading vampire stories. As an adult, I appreciate what they have done for my teenage self. Although they provided unrealistic standards for dating, they did provide some much-needed entertainment and a way to cope.

Why do you think vampire books appeal to teens and young adults? Do you have a favorite vampire book? Let us know in the comments below.

Brooke Thompson graduated with a Bachelor's degree in English at the University of North Texas. She dreams of someday working in the publishing industry or becoming a best-selling author. When she is not working on her stories, you can find her curled up under a fuzzy blanket with a book or her sketchbook.